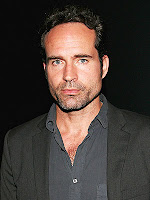 In February, a judge ruled Patric was simply a donor and, because the couple are not together, he couldn't sue for custody. But Patric told ABC he'll continue his fight: "I just pray and I try to do everything I can legally, legislatively to have justice come."

In August, the California state assembly is expected to vote on the bill – which would allow courts to grant parental rights to sperm donors under broader conditions, such as if a donor showed that he openly acknowledged the child as his own and received the child into his home

I just hope this makes men think twice about being sperm donors.

People think that making a child can just be an "arrangement" and not an emotional investment.

We're wired to care for our children. Children are wired to perform optimally when loved by a mom and a dad.