Do Atheists Go to Hell? The Answer is Simple 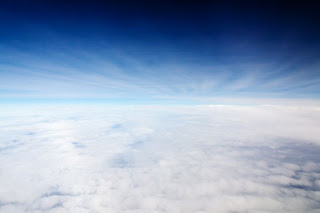 Lately, we've read of the pope commenting on whether atheists go to hell or not.

It is true that a misinformed conscience can excuse someone from being condemned.

It is Rule Number One of moral practice that you have to do what you think it morally correct.

But here's the bottom line.

Everybody who knowingly commits a mortal sin and dies unrepentant, goes to hell.


It does not matter what religion you are.

A practicing and committed Catholic has a reduced chance of doing this.

Everybody gets what's coming to them.

God's justice can be harsh to the mushy heads of our self-entitled generation.

God gives us a beautiful world, all kinds of ways of experiencing joy and beauty, every chance to follow him, every chance to do good in this world, and and when we reject everything he's done for us, when we won't follow basic rules of morality, we feel he's mean for condemning us to hell. [I'm using the impersonal "we" in case that wasn't obvious.]

His reward for following him far outweighs any good we do and the effort that we suffer. Yes, we suffer in this life [and this suffering was the product of humanity's choice]. But what God gives us in return is infinitely better than what we suffered.

He gives us the better part of the bargain, and we still reject it.

We so believe we are owed. We are owed heaven for just existing. We are owed understanding. And if God won't owe us, then he's immoral. As if God's goodness depended on him owing us.

The current generation can't get over being owed. That's why it's an evil generation.