I find this hilarious. The day after the media goes crazy telling everyone that the Pope wants people to shut up about abortion, he condemns abortion. 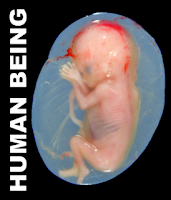 "In all its phases and at every age, human life is always sacred and always of quality. And not as a matter of faith, but of reason and science!" the pope said Sept. 20 to a gathering of Catholic gynecologists.

Pope Francis characterized abortion as a product of a "widespread mentality of profit, the 'throwaway culture,' which has today enslaved the hearts and minds of so many."

That mentality, he said, "calls for the elimination of human beings, above all if they are physically or socially weaker. Our response to that mentality is a decisive and unhesitating 'yes' to life."

"Every unborn child, though unjustly condemned to be aborted, has the face of the Lord, who even before his birth, and then as soon as he was born, experienced the rejection of the world," he said. "And every old person, even if infirm and at the end of his days, carries with him the face of Christ. They must not be thrown away!"