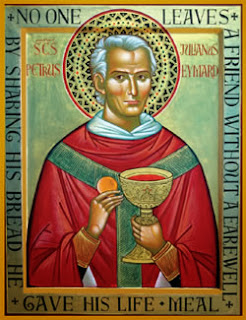 Considered, besides, in its effects on us, how sad is venial sin! See what it did in the Apostles. For three years they had lived with Our Lord, seeing Him, listening to Him, rejoicing in His miracles and in His particular and private explanations. Did they profit by them? Not at all. They did not even go so far as to correct themselves of their defects. Their ambition, their jealousy, their self-love still domineered them. What, then, was the obstacle? Venial sin, for the Gospel records their faults, and they were but venial faults, only venial faults. But see, whither they conducted. Behold them fleeing from the Garden of Olives, and Peter denying his Master. Judas, also, had lived with Our Lord, and his infidelity began with only small faults of cupidity.


Taken from The Catholic Breadbox.