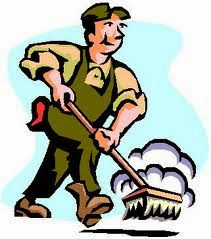 a href="http://www.lifesitenews.com/blog/moderating-lifesitenews-comments-can-be-brutal">Moderating LifeSiteNews comments can be brutal

I completely sympathize with Steve Jalsevac, although at times I disagree with the approach.

But I understand that their needs to be rules.

Ideally I want an exchange of ideas, not a bunch of potshots.

But people treat a combox as a place to vent their reaction.

And their reactions aren't always pretty.

I would say that, broadly speaking, there are two kinds of pro-lifers.

There are those involved the movement who are generally socialized to be reasonably considerate, polite and civilized.

And those who are not regularly involved and are not socialized into proper behaviour.

I have found the best antidote to this sort of thing is Catholic spirituality.

First, humility abates a lot of anger because you lack pride, you don't feel the sting of insults directed toward the self.

The second is prayer. Christ said that we should pray for our enemies, pray for those who persecute us.

It's difficult to feel hostility towards someone you pray for, because when you genuinely pray for someone (as opposed to asking God to smite them) you become concerned for their welfare. You don't want them to suffer torture and death; you want them to repent. You want good things to happen to them, in spite of their evil, because God wants good things to happen to us, in spite of our own sins.