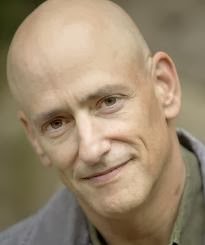 Okay, aborting a baby might be liberating, empowering and convenient. It might even dramatically improve the future course of your life. But the same could be said about murdering your wife if she’s a big enough pain in the neck. That doesn’t give you the right to do it, and it doesn’t make it the right thing to do.

The only relevant question about abortion is whether an unborn child is or is not a human being. If she is, I do not see how you have the moral right to kill her except in extreme circumstances.

Abortion supporters tend to do one of two things when they argue about abortion.

One is they argue on the assumption that the fetus is not a human being without ever addressing whether or not it is.

So they talk about abortion like it's about women's health and completely by-pass the notion of fetal rights, as if it were not relevant to the discussion. Because they don't want to get caught up in that debate, because that debate complicates what, to them, should be a simple matter.

The second thing they do is, if they address the issue of the fetus, their argument boils down to: who the hell cares about a fetus?

Reducing human life to a bunch of biochemical reactions, with no metaphysical importance whatsoever.

So if human life has to be snuffed out in the name of female empowerment, so what?

Those are the two basic attitudes of abortion supporters.

The problem with the second attitude is that human value and human rights are based on the intrinsic value of human beings.

Rights are granted to women and blacks because of their intrinsic value.

Since we've lost that basic idea of the inherent value of human life, rights are now seen to be things that governments or societies grant because people want them.

This, of course, is an extremely dangerous intellectual turn.

People don't understand what fetuses should be given rights, but not animals.

Of course, if rights are that arbitrary, it's only a matter of time before people decide to take away rights from unpopular groups on a mass scale precisely because their intrinsic value is not recognized.

But hey, it's only human life. What does that matter?