Is Adoption The Solution to Abortion? 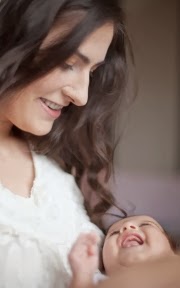 The more I delve into the issues of abortion and adoption, the more I think adoption is not a solution.

Not that it's an illegitimate choice. It can be a loving option.

But as this blogpost concludes, most women don't want to give up their babies.

The blogger denounces the "adoption industry" and their tactics, their emphasis on the mother's deficiencies and poverty, and the material wealth of their birth parents.

To me that's a completely different question.

The problem is that babies are really meant to be with their parents.


And women do not want to birth children they won't be taking care of.

If abortion happens for that reason, adoption doesn't really address the root causes of abortion.

Of course there are many causes, but one very important one is that women do not want to bring a human being in a world, only to be parted with him.

Now for pro-lifers, the purpose of proposing adoption to save a baby from death and a woman from an abortion. Adoption is certainly a better option than abortion.

But is it really the ideal option? Is it the optimal solution?

We shouldn't minimalize the emotional fallout from adoption. If many adoptees and birth mothers say that they were negatively affected by the adoption process, then I think we should listen.

Let me ask you straight up: would you part with your baby?

I would do anything to keep a baby in the family.

It's no different with any other women in crisis pregnancies.

Does it mean we should never present adoption and option? No.

But I think that people on both sides of the abortion debate should perhaps stop being so glib about adoption.

The reason Planned Parenthood doesn't present adoption as an option might have to do with the fact it cuts into their profits, but also because it doesn't get to the reason why women want abortions in the first place: they just don't want to give birth to a baby. That's why some women will kill what they know is a baby, just to get the desired result.

The real solution to abortion is to convince women not to kill their babies, and, where possible, keep mom and baby together. It makes no sense to stop women from having an abortion because of their hurt it can cause, only to have them live through the pain of separating with their baby.

H/T: Jonah in the Heart of Nineveh