Not Showing Up to Riot is a Failed Conservative [ Catholic ] Policy

Did Eucharistic processions encircle courthouses where gay “marriage” was being declared law? With the exception of abortion, the last issue the Church seemed to be on the right, very public, side of was Solidarność.

Sadly, Catholics are taking their cues from the culture at large instead of the other way around. The Harvard Black Mass diversion was simply more no-risk, too-little-too-late activism of the #BringBackOurGirls variety. Because Satanists aren’t a protected identity group (yet), the protesters didn’t have to worry about being called homophobic or misogynist.

Now, I agree wholeheartedly with my fellow Canadian blogger Kate McMillan: “Not showing up to riot is a failed conservative policy.”

But let’s choose our “riots” wisely. Watch and see if the same protesters show up outside a Catholic church when—not “if”—some priest is obligated by the State to “marry” two men.

I would like to modify that line and say "Not showing up to riot is a failed conservative [Catholic] policy". 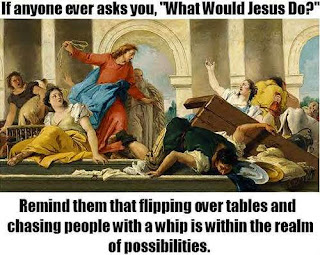 Right now there is a petition demanding the Catholic Teachers' union not participating the Gay Pride parade at the end of June.

How many signatures has it garnered?

I know there are at LEAST hundred times as many people who oppose that.

And SoCon or Bust's petition to ask the bishops to discipline wayward Catholic pols: 759 at this time.

The RU486 petition from Campaign Life got 3061 signatures.

And here's the thing: we're not even talking about RIOTING. No raucous protests, no getting off your butt.

How is it that we can't get 10 000 people to sign their names on an online petition?

Well what good are online petitions?

Online petitions are not good in themselves. What they do is show the level of support for a given measure.

When you can put a petition online and the next day, 10 000 people have signed it, that shows there's a lot of support for your cause, and woe to the politician who ignores the demands of the people.

There's something woefully wrong with our networks.

If we can't expect 10 000 signatures on a petition, how can we expect to end abortion?

I'm serious. If this is the level of our mobilization (March for Life notwithstanding) then how do you expect politicians to take us seriously.

I'm not sure what the answer is, but it's sure as heck isn't waiting for something to happen.