How Abortion Has Changed the Discourse On Miscarriage 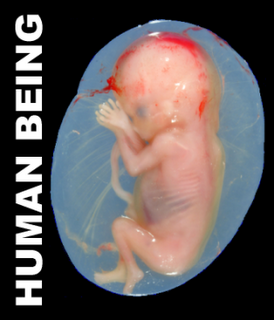 I joined some horrible unspoken club of women who have all had miscarriages yet no one really talks about the loss or acknowledges the baby.

There wasn’t a grave stone or a funeral or meals prepared for us for weeks. I wasn’t featured on the news or connected by the hospital to other mothers who had experienced similar heartache.

I was sent home to continue to live like my baby had never died – like there never was a baby.


But recently, I have realized that this response is an indicator of the state of our society.

After all, it is hard for a society to mourn the loss of WANTED unborn life when it is busy calling it “tissue” and discrediting its personhood.

It is hard for a society to embrace a mourning mother for her loss of tissue when it is busy defending another mother’s right to dispose of it.

But for a woman who prays ceaselessly for life to fill her womb,

For a woman who has tried for years to finally have children of her own.

The “material” in her tummy is anything but tissue.

It is hopes and dreams and answered prayers. It is destiny and a future and a promise of another generation. It is bike riding and little league and ballet lessons and college and grandkids…

But it can never be both. Society can never acknowledge that we lost a baby and with the same breath declare the rest to be tissue.

That is how abortion has changed the discussion of miscarriage – it has silenced it.

Some people say that a fetus is whatever the woman says it is.

But reality doesn't work that way.

No matter how much I say a rose is a pineapple, it's not a pineapple.

Your thoughts, your perspective, does not change what a thing is.

Society don't want to make up their minds about the unborn, because they risk either losing abortion rights, or offending mothers who lose their babies through miscarriage.

If women are so upset about their miscarriages, it's not because they lost "dreams".

They don't have the guts to do that, do they?

And I suspect that most people don't believe it themselves.