Muslims for Lent. It's a Thing. A Nice But Illogical Thing. 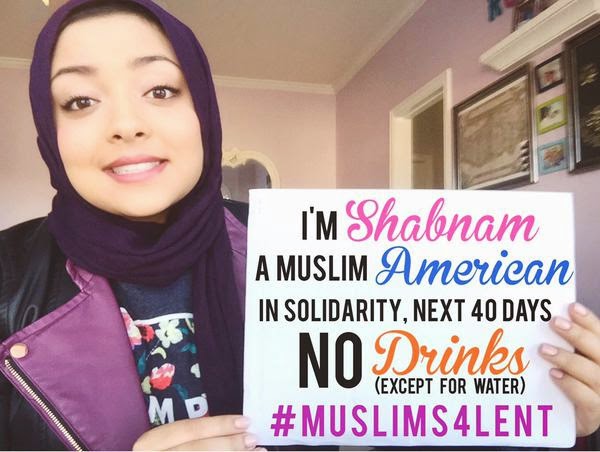 On the one hand, I appreciate the sentiment. It always seems like Christians are the one doing the interfaith outreach. They're like that friend who's always doing the calling, organizing the parties and basically making sure everyone gets together.

Sometimes it's nice if someone else does the calling.


And it's nice to see Muslims trying to overcome the forces of intolerance that radicalize some youths and inspire to support or commit terrorism.

But I'm allergic to fuzzy-thinking feel-good stuff. Because it's often superficial and doesn't really accomplish anything. It's has some good PR value. I'll give it that.

What's ironic though, as one Tweeter pointed out, is that Lent is preparation for Easter. Easter is preceded by Holy Week. Which includes Good Friday, the day of Christ's death on the cross.

One important idea in Islam (to discredit Christianity) is that Jesus did not genuinely die on the cross. Muslims say it was a phantom, a substitute.

To me, as a Catholic, that's a very offensive idea. It's almost as offensive as saying Jesus never existed. Deny everything else in the Gospel if you so choose, but don't deny Jesus died on the cross. It's the central fact of the Gospel.

I can forgive the lack of faith in the resurrection-- many of us doubt the supernatural at some point in our lives. But I cannot forgive the denial of a basic historic fact, a fact that was underscored from the beginning of the Church.

Lent points toward that sacrifice on the cross. A Christian is united to Christ. When he suffers, he is supposed to suffer with Christ. The sacrifices of Lent are meant to be joined to those of Christ on the cross.

If Muslims deny that Jesus died on the cross, their sacrifice for Lent don't really capture the spirit.

So yes, MuslimsForLent is good PR, but it's fuzzy theology.

I'd rather they'd spend their energy dissuading other Muslims from radicalization. To me, that would be real and useful solidarity.