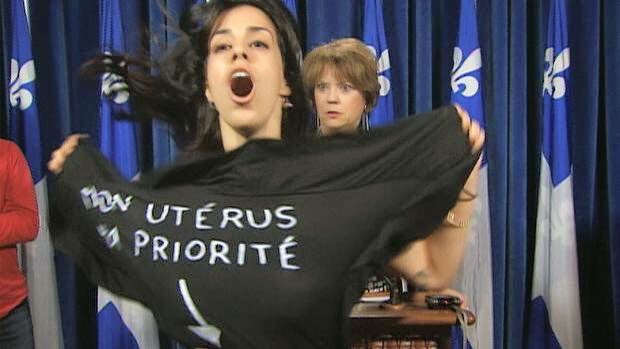 
This Toronto Sun article has a few more details.

Do you think they'll show up at the March for Life this year? The publicity wasn't bad for our cause.


B.C. defends its decision to file new polygamy charges against Bountiful leader. The Supreme Court of Canada upheld the law against polygamy.You wonder how long that's going to last.


Mom Packs Oreo in kid's lunch. Gets stern note from school. . I've packed more than a few embarrassing lunches in my life. Kids with autism are notoriously picky eaters. Schools ban food with nuts, and some days my pantry is a little empty, so you just pack what you can. Schools should encourage nutritious eating without turning into food cops. That said, why is this news? Why are such private interactions the subject of headlines? Is this really meaningful? I understand that there's a lot of statism in the world, but is this really journalism?


The Foundling Hospital. This article on the BBC website explains the origins of the 18th century foundling hospital. In the 18th century, a hospital wasn't just a place to cure sick people, it was an all purpose service centre. Orphaned babies were raised there instead of being left to die in the streets of London. One hole in our memory of the abortion narrative is that abortion was seen as means to prevent infanticide. We still see this legacy in the phrase "Every child a wanted child." This doesn't justify abortion, of course. But it does speak to the idea that there's always an alternative to killing a child or leaving him to die.


Ezra Levant: The NDP are on the verge of a majority government.

Here's a political reality: if a party is never punished for its misdoings, it will grow corrupt and never respond to the base or the party or to the voters.

Perhaps this should serve as a lesson to right-wingers that you can't just take your base for granted. You must keep them happy. Wildrose would have never happened if the PC's had stuck to conservative policies.