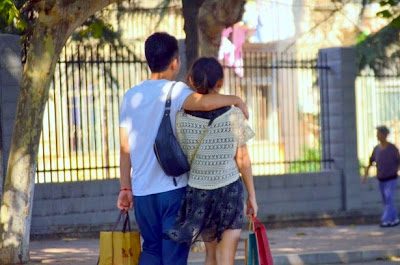 Americans in the "Greatest Generation," or those born between roughly 1901 and 1924, slept with an estimated average of three partners during adulthood, according to a study published Tuesday in the Archives of Sexual Behavior. Baby Boomers have picked up the pace, averaging about 11 partners. Generation X has nearly kept up with 10.

And Millennials, generation of Tinder and "I'm just not looking for anything serious right now," can expect an average of just eight.

People don't stop having sex at any particular age, of course. Researchers calculated projections based on historic sexual patterns across generations. To simplify: Twenge's group compared the average number of sexual partners among 25-year-old Boomers to, for example, today's 25-year-olds.

Millennials also tend to become sexually active later than Gen X. Between 2006 and 2008, 11 percent of teenage girls and 14 percent of teenage boys reported having sex before age 15 -- compared to 19 percent and 21 percent in 1995, when Gen Xers would be coming of age, the Guttmacher Institute found.


It seems that some of them took the abstinence message to heart.

I suspect this diminishing of sexual activity led to fewer abortions.