I first became aware of their institutionalized arrogance when, as an Ottawa columnist for Maclean’s, I found myself researching a profile of Jack Pickersgill, then a senior Liberal minister in the Pearson government. “It is not merely for the well-being of Canadians, but for the good of mankind in general, that the present Liberal government should remain in office,” Pickersgill told me with a straight face.


My question: how many of them were born after failed abortions? Does this include all the preemies born, or only those who were not the result of an abortion attempt? In other words, do these stats only count those babies that were wanted, or do they include babies left to die from an abortion attempt? I wish we could find out the reality of preemie babies born after abortion. Alas, our provincial government has prohibited access to such information.

In other abortion news: Trump's Flip-Flop on Abortion:

On January 16, 2000, Trump’s new book was published, The America We Deserve. He discussed why he flipped on partial-birth abortion. Here is what he said: “When Tim Russert asked me on Meet the Press if I would ban partial-birth abortion if I were president, my pro-choice instincts led me to say no. After the show, I consulted with two doctors I respect and, upon learning more about this procedure, I have concluded that I would indeed support a ban.”

Someone in Trump’s campaign obviously pushed the alarm button after watching the interview, and then got to his publisher in time to reflect his new position. Until he was educated by two doctors—right after he walked off the set—he was apparently clueless about this “procedure.” He did not know, he says, that partial-birth abortion entails crushing the skull of a baby who is 80 percent born. What did he think it meant?

I’m not buying it.


He had an opinion on abortion but he didn't know what partial abortion abortion was, after all the hoopla about the ban? That sounds very superficial. 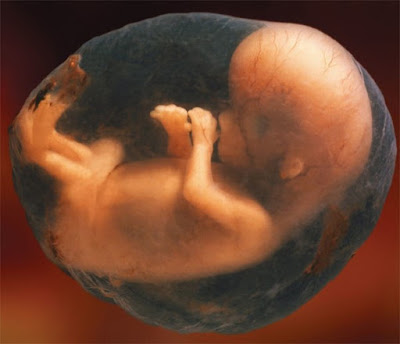 For instance, the Society of Obstetricians and Gynecologists of Canada has a factsheet on prenatal screening in which they say:

The earlier you see your caregiver, the more options you will have. It will also depend on your age, your medical history, and if you are carrying more than one baby.


And here's another bit showing lack of self-awareness:

Whether a woman has a miscarriage or an abortion, the tissue specimen is called "products of conception."

The problem is that the phrase is deliberately used to shield the public from the humanity of the unborn, making fetal "tissue" equivalent to placenta. The reality is every human being is a product of conception. That medicalized phrase is used to dehumanize the unborn, the way many medical phrases are used to represent reality in the most aseptic reality possible. Anyone who has any familiarity with medical language knows this.


And speaking of the Planned Parenthood video, Father Longenecker has a blogpost about lying: Is It OK to Lie to Do Good?

I thought his blogpost was confusing:

This is the first principle of Catholic moral theology–that an action is objectively right or wrong and that can’t be changed according to circumstances or intention.

It would be a lie, and a lie is a lie is a lie. However, the circumstances and intention are such that you are not really culpable of a sin.

Which I agree. But it sounds like he's saying that it's okay to sin if the circumstances warrant it because your subjective culpability would not be very great, so it wouldn't penalize you.

Sure, there are fibs of no immediate consequence. But your culpability isn't the only thing at play. But the problem with that is that evil leads to evil. Sin reinforces the tendency to sin. And how about the fact that Jesus died for all sins. Not just the ones you're subjectively culpable for. When you commit a sin, Jesus has to pay for it, because God's justice has to be satisfied.

I wish Catholics would confront the theological reality that lying is never justified. It's one thing to lie when one has a gun to one's head, it's quite another to deliberately plan to lie (or put oneself in circumstances one knows lies will be told.) Even if subjective culpability is negated (and I'm not convinced it is in the Planned Parenthood video undercover operation) it doesn't give people the "right" to sin.

Related: Anti-abortion hackers claim to have breached Planned Parenthood. While hacking is not intrinsically disordered (you can construe it as a form of trespassing or theft) it's fraught with problems. I'm not too upset about revealing emails, but snooping patient files is opening a Pandora's box.

I'd like to propose a Planned Parenthood flavour: "The Agony of Defeat."


The Foolishness of Funding Our Enemies. He has a good point about not funding our opponents. The only problem is that they are omnipresent. However, one potentially useful activity would be a planned one week boycott of ALL corporations funding abortion. Present boycotts do not have a big impact. But if 100 million US pro-lifers stopped buying from all pro-abort corporations for one week, that could have an impact.


The most and least racially diverse U.S. religious groups. A very interesting link about the racial make-up of major religious groups in the United States. Seventh-Day Adventists are the most diverse.


Provocative new study finds bullies have highest self esteem, social status, lowest rates of depression Bullies get status by bullying, entertaining others with it, and scaring others not to challenge their status. I think a lot of bullying would end if we made a basic rule: if you can't act like a respectful human being, you can't come to school. If parents had to deal with their bullying children, things would change very fast. One thing that I never see in these stories about bullying is that the students who tend to bully kids also tend to bully teachers. At least that was my experience in high school. Teachers are far too tolerant of disrespect from their students.

6 News Stories Everybody Needs To Stop Sharing On Facebook. Last but not least. There's really too much clickbait on Facebook.