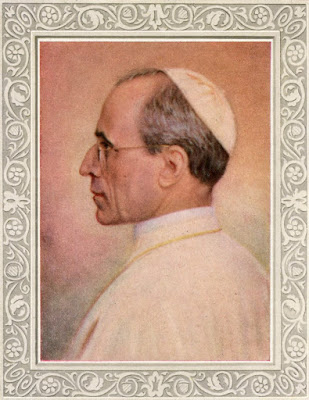 In compelling detail, Riebling looks not only at the strategies that various anti-Nazi officers and other co-conspirators pursued to kill Hitler, but the kind of government structures that would need to be imposed on shattered Germany if the conspiratorial plots succeeded. Pope Pius XII was a central figure in the planning of these scenarios, as were the Dominicans and Jesuits in his network, precisely because of their ability to act independently of the bishops, some of whom were suspect or timid. In his 1988 book, Britain and the Vatican During the Second World War, Owen Chadwick cited testimony from the British representative to the Holy See, D’Arcy Osborne, who confirmed the Pope’s involvement in the June 20 plot, “Operation Valkyrie.”

I still feel a pinch of skepticism about this. How come this was not widely known before? If a historian as well-known as Owen Chadwick put out this information, did he not have any Catholic readers to spread this information?

It's not that I really buy the Hitler's Pope narrative, but I've become accustomed to the notion that if a narrative is too good to be true, it probably is.