We Cannot Afford to Lose the War with ISIS 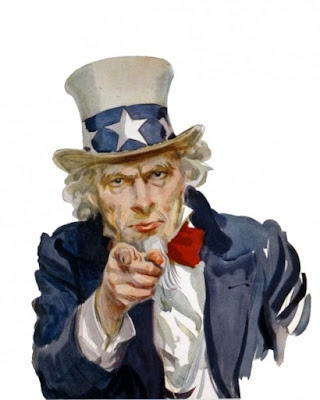 I rarely agree with Neil MacDonald:

Everyone knows airstrikes will not decide this fight. And the U.S.-led campaign to arm and train "moderate" rebels in Syria and troops in Iraq has been an embarrassment, to put it mildly.

Generally, whenever ISIS or its affiliated extremists have shown up, America's proxies have cut and run, often leaving their U.S.-provided guns and hardware for the enemy to scoop up.

But disengaging and letting the Middle East sort itself out would involve a hideous price for the populations on the ground.


What is your freedom worth for you?

Because if we cut and run, ISIS will only expand, only infiltrate the West even more.

We need to send our armies NOW and finish the job.

The problem with the West is that when it sends its armies to fight, it does so only on condition that the war will be short-lived and cost few lives.

We can't fight like that. This is what caused our problem in the first place.

We should have taken over Iraq, but we left Saddam in place.

Then the US invaded Iraq again (on a flimsy pretext) and left.  Without having stabilized the country.

You can't do that. You have to fight the war all the way to the end, eradicating all your enemies, or don't fight it at all.

We should have never gone into Iraq  the second time. Saddam would probably be dead by now. His successor probably would have been no better but at least we wouldn't be dealing with ISIS.