Why Do Conservatives Continue to Watch Network TV? 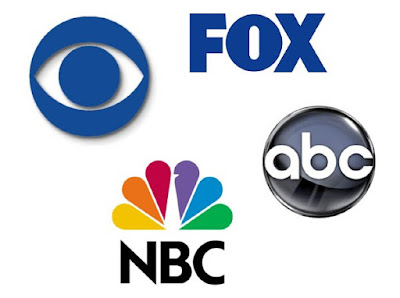 In light of the episode of Scandal, in which a woman has an abortion to the tune of Silent Night, Matt Walsh rants:


Everyone who tunes into MSNBC knows they're going to be watching a bunch of propaganda merchants desperately shill for the Obama Administration. The real danger is the progressive proselytizing from Hollywood and these "entertainment" outlets like ABC. If your children are brainwashed by anything they see on television, it won't be Anderson Cooper or MSNBC pundits doing the damage. It will be mainstream sitcoms and dramas and awards shows and whatever else our pop culture produces.

But here's the thing: ABC wouldn't survive if so-called "conservatives" and Christians stopped watching. So, seriously, why are we watching?

Because if we stopped watching Hollywood, we would have nothing else to watch.

There are Christians in this world who are extremely committed to the Culture War and live their lives in conformity to those values.

They are a small minority.

Most Christians and like-minded conservatives are happy to give lip-servive to the Culture War, but don't really fight it.

If they gave up all their leisure, all their entertainment, they would be impoverished.

I noticed this when I became a serious Catholic in my teens, growing up. I wanted to live my Catholic faith, but it meant giving up about 90% of my entertainment. Even shows I thought were redeemable-- Like Absolutely Fabulous-- had some questionable sides to it because there was a lot of open drug use and mention of promiscuous sex (but that's why it was redeemable, because it mocked that whole jet set culture.)

I realized when I was growing up that I would never be the famous poet that I wanted to be because the things that I wrote about, nobody cared about. I never completely stopped writing poetry, but I don't devote myself to it. It's too time-consuming for little return.

But that's life as a cultural conservative. It's a life of entertainment poverty. And maybe instead of telling people not to watch ABC, we need to compete with ABC.

It's not the first time I've said this. And I'm sure I'm not the only one who thinks this. It's just that it's really frustrating. I know this entertainment juggernaut is probably the biggest factor keeping us down. I think Christians really should examine what they're watching and ask themselves whether it's good for their soul. But it's the reality of human nature that people want to be entertained. There's nothing wrong with entertainment. It's good to fill your head with stories. It's one of the things that makes us human. But if you want people to give something up, you have to be able to offer an alternative.

It's also frustrating because I know that some people are trying to change the cultural scene, but I think we're still experiencing growing pains. I have seen a number of right-wing initiatives and they've all fizzled. But that's the nature of the cultural business, most of what is produced in the beginning of any movement is bad-- sometimes painfully so-- and eventually develops a reputation for being bad. It's like Canadian literature from the 1970s or Korean cars in the 1980s.  But we have to go throw that bad phase to learn how to make good stuff. I just hope more people become aware of the need to support conservative artists.