Majority of Abortions Due to Contraceptive Failure: Marie Stopes Study 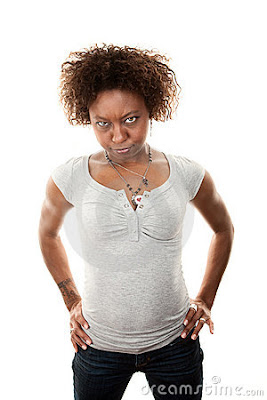 This study from  the UK funded by Marie Stopes International involved 430 young women (16-24) in the initial stage of study, and seventeen women in the follow-up.


The majority of all abortions follow contraceptive failures. More than half of the women (57%) who had an abortion reported using contraception at the time they became pregnant. The most common reasons cited for why contraception had not worked were not using the method consistently (26%); or correctly (20%); and (29%) did not know why it had failed. The qualitative strand interviewed some women who were shocked to find themselves pregnant because they did not fully understand why their contraceptive had failed.


And what's common among all of them is the sense that pregnancy can't happen because I'm using contraception.

This belief must be debunked. We must pop that bubble once and for all: just because you use contraception doesn't mean you can't get pregnant.

And if you get women to use contraception right after the abortion, they don't necessarily continue using it or using properly, either:


The majority of subsequent abortions also follow contraceptive failures. This study has provided detailed information about contraceptive use during the interval between women’s previous abortion and their most recent abortion. Among the 121 women who had a previous abortion, 82% started to use contraception following their last abortion, and the majority did so immediately (66%) or within one month following their last abortion (24%). Most women started to use the pill (54%) and 22% had chosen a LARC method. More than half the women (60%, n=59) stopped using their method of contraception, with 27% of these women stopping within less than 3 months and 71% not using this method for more than one year. Women who stopped after three months were largely women who were experiencing side effects or who had run out of their supply of pills.


And love the recommendation on how to reduce abortion stigma:

A positive step would be for providers and policy-makers to talk about ‘improving reproductive control’ rather than ‘preventing abortion’. Others could help establish the ordinariness of abortion, so that women who experience an abortion do not feel they have transgressed, or that they are alone. Ways to ensure that women are able to enter clinics without harassment need to be investigated.

In effect, stop making people talk about killing unborn children as if it's a bad thing, and stop offering women alternatives before they make a big mistake.