Nancy Pelosi Believes Her Views are Consistent With Catholic Teaching 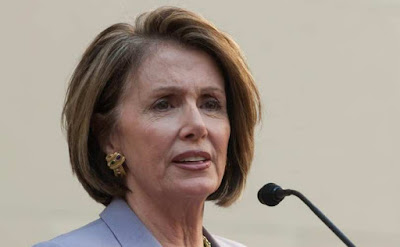 WASHINGTON, D.C., January 13, 2016 (LifeSiteNews) - After decades as a crusader against any restriction or regulation of abortion, Democratic Congresswoman Nancy Pelosi said yesterday, "I don’t believe in abortion on demand."

The House Minority Leader, who regularly earns a zero percent rating from the National Right to Life Committee, told Roll Call on Tuesday that she is "with the program" of the Catholic Church when it comes to abortion.

Of course she is not.

And one of the reasons she is not is that while the Church puts a lot of emphasis on the immorality of abortion, it has not stressed that it is every Catholic's duty to uphold the right to life of unborn children.

People think it's enough for a Catholic to simply oppose the killing of unborn children on a personal level.

They do not realize that it is obligatory for every Catholic to support and fight for the legal rights of unborn children. (CCC. 2270 "From the first moment of his existence, a human being must be recognized as having the rights of a person - among which is the inviolable right of every innocent being to life.")

And when prelates like (the now deceased) Fr. Raymond Gravel are not publicly disciplined for publicly opposing fetal rights, what are Catholics in the pews supposed to think?