Conservatives Should Control Their Own Language 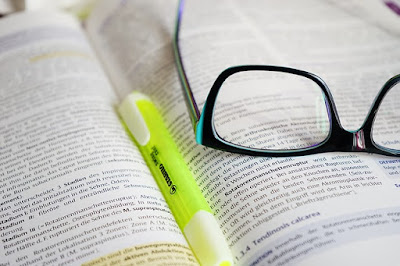 Theo Caldwell wrote on the left's attempt to control language:

You see it on the news, and in your daily life: small moves, subtle edits, and constant, picayune pressure to talk, think, and believe as they do. Speak your mind and let them pound sand.


He has a point. But instead of always blaming the left for language issues-- we are the ones most responsible for our own speech-- we need to be more pro-active.

The left imposes its agenda on speech by inventing its own stock phrases that, over the course of decades, come to the fore of mainstream discourse as college grads work their up in media, academic and political hierarchies. Nobody used the word "homophobia" when I was a kid, except people who published in journals. Now it's a mainstream word. It became mainstream because a generation of people used it and internalized it became prominent in their fields and applied the concept.

And we should think to do the same thing.

The thing is, conservatives tend to be, well, conservative. They tend to fall back on conventional lanaguage and speech. There are twenty-year-old right-leaning college students who have no idea what's wrong with the word "homophobia." The word is completely normal to them.


But to solve the problem, we shouldn't go to the other end of the spectrum and necessarily want a linguistic "restoration" if you will, that is, trying to restore the use of words that most people would regard as old-fashioned and moralizing. The words "sodomy" and "fornication", for instance, describe these sins but when used in complete seriousness, they communicate that you are culturally illiterate, almost a kind of separatist. You don't use the language of "normal" educated people, and are therefore not considered to be among "normal" and educated people.  You use the language of intellectual rejects who don't have any other words for what they are trying to describe except for that old-fashioned language that every one has rejected and that people find reductionist and ultimately irrational.

There's nothing wrong with moralizing amongst people with whom you share a moral culture. But we don't share a moral culture any more. And so to communicate what we really mean when we talk about topics like "sodomy" and "fornication", we have to find a whole new way of expressing ourselves.

What we want to do isn't "moralize", that is, preach and denoucne, so much as reason. We need to assert boldly that reason is morality. Morality is not just some feeling we have about right and wrong. It's a concept rooted in reality and logic. We need a new language to speak to those truths. What do I mean by a new language?

St. Thomas Aquinas laid out an excellent road map to morality based on reason. His system of thought is valid because reason and truth don't change. But our culture has been completely cut off from the hellenistic culture that informed Aquinas and gave him the conceptual tools he needed to present his views to an educated class.

We don't have those tools.

What do we mean when we say that morality can be reasoned out according to human nature? "Nature" is a word that doesn't mean what it meant 800 years ago, but we still argue like it does.

We have to be able to give ourselves the words and the ideas to talk about these things to each other and ultimately to the public sphere, in such a way as to be understood and culturally relevant.

The thing is-- and I suspect this might be a popular thing to say-- conservatives tend not to be the most literary people in the world.

We need to develop that literary and linguistic culture. It all starts with culture. When conservative parties go to the polls without that culture backing us, we're like Medieval knights going up against rocket launchers and ICBM's, we're inadequately equipped to really effectuate change on a political level. It's a wonder that right-wingers win at all in electoral races, and I suspect to some degree that victory is due to people being sick of liberals, not so much people choosing a conservative government (and certainly not a culturally conservative government.)

We can't just rely on an informal transmission of values. We really need to move beyond conventions and create our own parameters of communication. If we would only do it.