Legalize All Drugs Because..... Cognitive Liberty 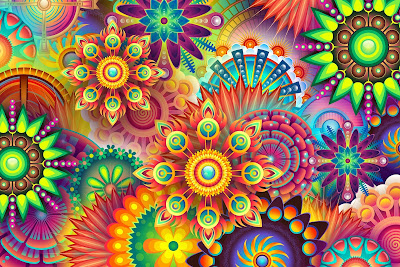 Proving once again there are some beliefs so stupid only liberals could believe them. From an abstract:

This paper reimagines drug policy - specifically psychedelic drug policy - through the prism of human rights. Challenges to the incumbent prohibitionist paradigm that have been brought from this perspective to date - namely by calling for exemptions from criminalisation on therapeutic or religious grounds - are considered, before the assertion is made that there is a need to go beyond such reified constructs, calling for an end to psychedelic drug prohibitions on the basis of the more fundamental right to cognitive liberty.

Because getting stoned makes you FREE didn't you know? I mean you can't ACTUALLY use your reasoning, but you're free.

This central concept is explicated, asserted as being a crucial component of freedom of thought, as enshrined within Article 9 of the European Convention on Human Rights (ECHR). It is argued that the right to cognitive liberty is routinely breached by the existence of the system of drug prohibition in the United Kingdom (UK), as encoded within the Misuse of Drugs Act 1971 (MDA). On this basis, it is proposed that Article 9 could be wielded to challenge the prohibitive system in the courts. This legal argument is supported by a parallel and entwined argument grounded in the political philosophy of classical liberalism: namely, that the state should only deploy the criminal law where an individual's actions demonstrably run a high risk of causing harm to others.


And developing a culture of stoners wouldn't be harmful what-so-ever. What society needs everyone to be rational decision-makers? What kind of fantasy-land thinking is that?

Beyond the courts, it is recommended that this liberal, rights-based approach also inform psychedelic drug policy activism, moving past the current predominant focus on harm reduction, towards a prioritization of benefit maximization.


How this might translate in to a different regulatory model for psychedelic drugs, a third way, distinct from the traditional criminal and medical systems of control, is tentatively considered. However, given the dominant political climate in the UK - with its move away from rights and towards a more authoritarian drug policy - the possibility that it is only through underground movements that cognitive liberty will be assured in the foreseeable future is contemplated.


You know your culture is decadent when you have to argue for legal drug use.