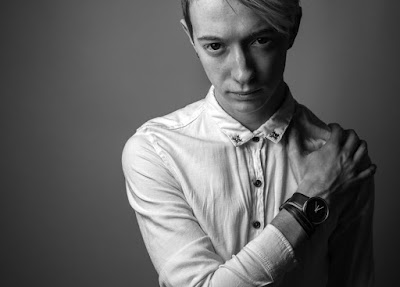 I found my reaction to the pronoun issue was particularly troubling, given that one of the aspects of modern leftism I most deplore is the redefinition of terms. Lazy tenured academics insisting, against all empirical objectivity, that hip-hop artists are the Beethovens of today, students rebranding Islamic terrorists as freedom fighters, and—yes—a six-foot-five man in a cheap synthetic wig with no intention of undergoing hormone therapy, let alone sexual reassignment surgery, insisting he be referred to as “she.”

Precisely because I came to regard internally what I was attempting externally as the maintenance of an illusion, and because of myriad other incidents and psychological factors I’ve already outlined in various publications, I made the decision last September to leave Sarah behind and return to Will.

Never one to shy away from grandiose hero worship, I now compare my seven-month stint as a female to the Beatles’ 1967 India holiday to study meditation under the Maharishi. It was something I was initially eager to explore and, indeed, would go so far as to say I felt I had to explore. Yet by the end, disenchantment had set in, along with an acceptance of reality, leaving me more grateful than ever to return to manhood.


The writer documents some of the blowback he has received from the activist community for his decision and, of course, it's not pretty.  He says:

Liberals hate it when people change their minds. Because, again, what is consistent for the individual is often inconsistent for the body politic. If a man chooses to live as a woman, he must never be a “he” again. Otherwise, his experience must have been an attempt to infiltrate and undermine the overarching LGBT agenda.


And that's one reason they can't stand the notion that some gay people aren't gay anymore and don't want to be. They can't fathom that sometimes people's thoughts and feelings change in spite of their ideology. If somebody does change, it's necessarily due to some form of oppression, or some grand deception.