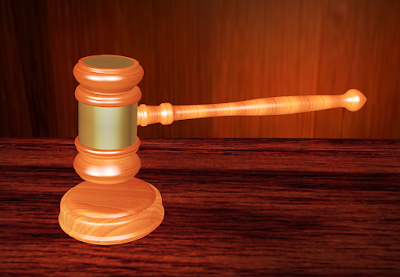 Perhaps you remember the case of Bethany Paquette, who applied to Amaruk, a company that specializes in outdoor adventures. Her job application was met with harassing comments about the fact that she is a graduate of Trinity Western University and a Christian.

The Human Rights Tribunal has come down on her side in her complaint against Amaruk. (Decision here.)

I'd reposted a facebook status from Ezra Levant, saying that Amaruk was effectively a hoax.

While the operation did seem a bit shady, the BC Human Rights Tribunal assumes that Amaruk is a real company and there is no attempt to play down its existence.  It just happened to stop existing when this complaint was filed.

When I read the coverage of this story, and the tribunal decision, it's not hard to see how this situation came about. Christophe Fragassi, the company director, has been described as a “Walter Mitty-type character” who makes fanciful claims". For instance, during the Human Rights Tribunal hearing, he demanded a security detail, saying that his claims may lead to violence from Christians. He is quoted as saying: “What’s to prevent right now some Christian extremist from entering the building and shooting us?”

Clearly not the smartest puppy on the dog team.

The discrimination here was absolutely blatant. Anyone with half a brain who harboured the same beliefs as Fragassi would have simply denied the application based on her lack of qualifications, or said something to the effect that she wouldn't have been the right fit.

I'm glad this Christian-hater got his come-uppance but ultimately I think a company should be able to hire at will. I don't think his hate should be criminalized, nor that a Human Rights complaint is the proper way to address the issue.

I am somewhat edified that a Christian was defended. Except she hadn't actually done or said anything to "deserve" that hate. Will the Human Rights Tribunal defend a Christian when he expresses his views on homosexuality or abortion? I have my doubts.