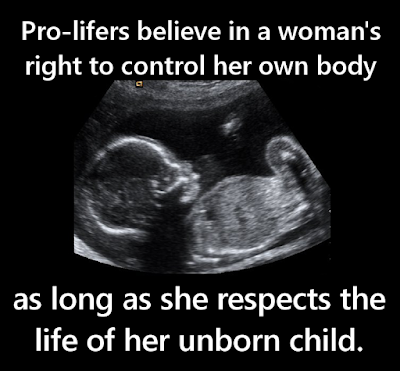 While the abortion debate in Canada remains far from the tumultuous boil of the late 1980s, its temperature has been increasing. The closure of New Brunswick’s only abortion clinic, Justin Trudeau’s decision that new Liberal candidates must support a pro-choice position and the intensified political efforts of the anti-abortion movement are just a few of the signs suggesting that abortion may remerge as a mainstream political issue.


So mission accomplished, pro-lifers have managed to keep the debate alive, in spite of predictions to the contrary.

What I recommend to my fellow pro-lifers is to start calling it "the fetal rights debate". The question we should raise is: are fetuses human beings and do they have rights. Note the researchers don't address that point. They want to have an abortion debate framed on their own terms. They simply can't win so long as the issue is actually debated.

Michael Voris reveals his past homosexual lifestyle. He says that people in the Archdiocese of New York were ready to out him, so he had to speak up. I don't know if that's true. I think the prudent thing would have been to tell the story without mention of a conspiracy. I think his testimony is powerful, notwithstanding my issues with Church Militant. It shows the transformative power of God.

Norway’s Church to seek Vatican permission to stop officiating at civil weddings. One of my Catholic friends was happy about this. I'm not so sure. I feel like Norway's Catholic Church caved into politicians without even trying. True, they are a very small minority. On the other hand, it does send something of a message that the State's version of marriage isn't real marriage.I just wonder if this means Catholics no longer have to get married by the State. Normally laws exist to protect spouses. But if the law isn't even real marriage, does that mean Catholics have to abide by it. I wonder....

Drop The T From LGBT. Provocative essay from ex-trans Walt Heyer. Also interesting in light of this essay is this blogpost from a lesbian feminist:  White man who identifies as a Hindu woman is a university women’s centre coordinator. She writes:

I couldn’t make this  [stuff] up even if I tried. A white man named “Daphne Shaed,” who identifies as a “tranny cyborg Hindu woman” is on staff at the University of Victoria Women’s Centre.

It’s completely unbelievable that university women’s centres have become safe spaces for narcissistic MRAs and unsafe spaces for feminists. My only hope is that this guy brings more women to peak trans.


I am so heartened that at least someone in the gay/feminist community gets it. I feel like there's hope to the end of this insanity.

City of Vancouver moving ahead to close more than 150 pot shops. Pot legalization sounds like a big cash grab for politicans.

17-year-old dad: ‘My life fell apart’ after my girlfriend had an abortion without my knowledge. This is a sad story. But until the unborn child has legal existence, there is no 'dad' in the story, at least not from a Canadian perspective.

The wisdom of Camille Paglia: Navel-Gazing While the World Burns. Sometimes I wonder why she isn't a practicing Catholic. She has so much potential.