Development and Peace Gives Money to Pro-Abort Organisations in Canada 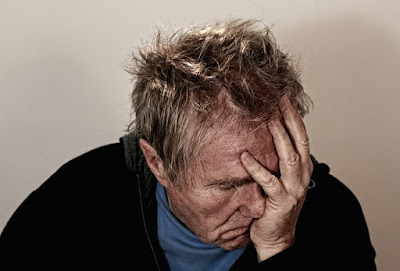 It seems that there are still issues of concern with regard to Development and Peace. Medias-Presse-Info, a French-language alternative news source has dug up some information that indicates a continuing pattern of disregard for Church teaching.

MPI examined Development and Peace's contributions to other organisations by looking up its page on the Canada Revenue Agency website.

Now that, in itself, may not too concerning, although labour unions tend to be strongly pro-abortion. But this Steelworkers Humanity Fund stands out because its vice-president  is notorious pro-abortion Carolyn Egan. For those of you who may not know, she is the head of the Ontario Coalition of Abortion Clinics and she has been a spokesperson for the Abortion Rights Coalition of Canada. She is also the head of the Toronto local of the Steelworkers Union, and President of the Canadian chapter of International Socialists.

And as if that wasn't troubling enough, Revenue Canada says that $5000 donation was ear-marked for political activity.

It makes you wonder what that political activity was.

One of the speakers at this conference was Michèle Asselin, who outlined feminist history in the last fifty years and spoke of access to contraception as a means of women's emancipation.

Another speaker, Marie-Andrée Roy, criticizes religious fundamentalism in the Church. She denounced the fact that women's are regulated with regard to contraception and abortion.

Did any Development and Peace money end up funding this non-sense? You wonder....

And by the way, $23 500 of that donation was ear-marked for political activities.

The Centre Justice et Foi, a dissident organisation associated with the Jesuits, received $20 000, $6000 of which was ear-marked for political activity.

Again, sounds innocuous enough, until you learn that at its head is one Elizabeth Garant, who was a strong critic of Cardinal Ouellet when he denounced abortion before leaving for Rome in 2010.

How is it that any organisation that discriminates against unborn children is still allowed to have any part of the Church?

I mean I would bother to go into detail about D &P $50 000 donation to the pro-abort United  Church of Canada ($20 000 of which was ear-marked for political activity) but it seems kinda like small potatoes -- I'm not really sure how that money was spent, although you can guess.

Development and Peace was placed under the tutelage of the Canadian Catholic Bishop, but this non-sense continues. Catholic money is used to fund organisations who undermine the right to life and Catholic teaching. How is this allowed to happen? It could be that the money was actually spent on legitimate activities (although I doubt it). But it's all a question of fungibility, isn't it? When you give money to organisations that undermine Catholic teaching-- even when the expense is legit-- they have more money to spend on those activities that oppose our faith.

And Development and Peace doesn't seem to mind too much.