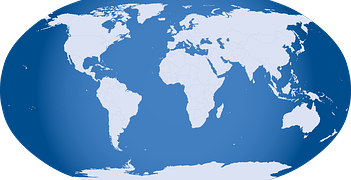 Non-Judgmental Shepherds. It bothers me that people over the age of 18 must have things this obvious explained to them. It's not rocket science:


But below the surface of a so-called “non-judgmental” person are indulgence and apathy, an inability to see evil, personal narcissism, the pathological desire to be liked, going along to get along, as long as everyone is comfortable. This is why there are so many “non-judgmental” priests, despite the hundreds of thousands of dollars spent by the People of God on each of them during their seminary education, an education that should have included solid courses on logic and Catholic moral theology. To describe Jesus Himself as “non-judgmental” is not only inaccurate, it is exceedingly shallow and insulting.

Similarly, to label a priest “non-judgmental” is damning. It means he is incapable of thinking clearly, affirms his people in their moral errors, and doesn’t take stands opposing the new morality of polite secular opinion. It means he doesn’t have the courage to warn his people against the danger of mortal sin and the fires of Hell.

“Non-judgmental” clergymen do not concern themselves with lost sheep. “Non-judgmental” clerics have made their peace with evil and are comfortable with the adulation of their sheep. They are hirelings, evil shepherds and anti-Christs. (I hope I’m not missing nuances.)

"The worst thing we can do is start to implement a program that is designed in the city and just assume that is going to work in our Indigenous communities," he said.

Legalize euthanasia! What could wrong, what with all these suicidal aboriginals who live hundreds of miles from a hospital? I mean their body, their choice, right? It would sure solve a lot of people's problem.

Top Twenty-Five Stories Proving Target’s Pro-Transgender Bathroom Policy Is Dangerous to Women and Children. If men are allowed into women's bathroom/changerooms, it creates greater vulnerability to women. If it's already happening now, it will be easier for perverts to exploit their victims when there are effectively no gender boundaries.

And if that's not creepy enough...in one Target store north of LA, they put urinals in a women's bathroom.

Couple Sues Abortionist Warren Hern for Malpractice in Late-Term Nightmare, He left part of the baby's skill inside the woman. UGH!!!

Rallies against Bill C-14 at your local MP's office (April 27) and on parliament hill (June 1).

​When disaster relief brings anything but relief. Just send money. No one wants your old crap. Or your new crap. They don't need it.

"As the experiences of other jurisdictions and of the regulation of alcohol and tobacco in Canada have shown, regulating a substance does not automatically remove it from illicit markets as evidenced by importation and sales of contraband tobacco," the paper says.