Thoughts on the Exhortation - I Hope I'm Wrong 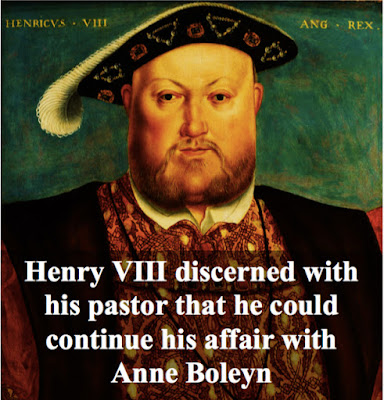 So I managed to finished the Apostolic Exhortation Amoris Laetitia.

It took forever to finish. It was like watching a four-hour movie. Even if it was mostly good, you wanted it to be over.  There were even quite a few pro-life passages that I may blog about later.

But I want to get to the nitty-gritty: the eighth chapter. What everyone is blogging about.

The big controversial suggestion the Pope makes in that chapter is that individuals who are in "irregular unions" may not be in subjective mortal sin, therefore they may be allowed to receive communion.

I don't have a problem with this, theologically. It's true. Mitigating factors exist.

My problem is the practical result of this admission.

It's going to be widely abused. You can see this coming a mile away. The possible scenarios are countless.  Imagine a remarried woman decides to renew her ties with the Church after being divorced/remarried. She tells the priest all about her awful abusive husband who abandoned her and left her to raise four children by herself. She presents herself as more sinned against than sinning. Of course, she may very well omit to tell the priest that his "abandonment" was due to her drinking and verbal abuse and that he wanted to work it out, but she was emotionally unavailable and he had had enough.

Or imagine a remarried woman who goes through the cycle of weekly confession thinking that as long as she confesses and never does anything about her situation, she's in the clear to  receive Communion.

It can become a farce.

I appreciate that priests sometimes have difficult situations to deal with (Fr. Longenecker has examples here.) The reality on the ground is that while there may be situations where it's as plain as day a divorced-and-remarried person is not in subjective mortal sin, you know that liberal priests and less-than-honest parishoners are going to suck this thing for all its worth.

If our priests were universally orthodox, and the faithful well instructed, maybe I could go along with this, on the premise that it's going to be used for what it's meant for: to allow for the exceptional case of a parishoner who is trying in good faith to live up to the Catholic Faith in a difficult situation.

And the best predictor of future results is past results.

The result of the abuse will be further contempt for Catholic teaching. It will reinforce the notion that  nobody takes that stuff really seriously. I realize that the first seven chapters of this exhortation uphold Catholic teaching, but the unfortunate thing is, if nobody ever enforces any rules, including whether priests follow Church teaching, then in the minds of many, it's all a dead letter.

And I could understand the pope's attitude of not wanting to throw stones at the laity. On the other hand, I do not understand how can not require priests to be perfectly orthodox. When priests are not perfectly orthodox, they deprive necessary food from the faithful, and that's not merciful.

I hope I'm wrong. Recent history suggests that I'm not.

And to all the pope-haters: I'm still sticking with this pope. He's still leader of the faithful, even if he may make bad judgements. Again, I hope I'm wrong.