Why It's Easier to Be Socially Liberal 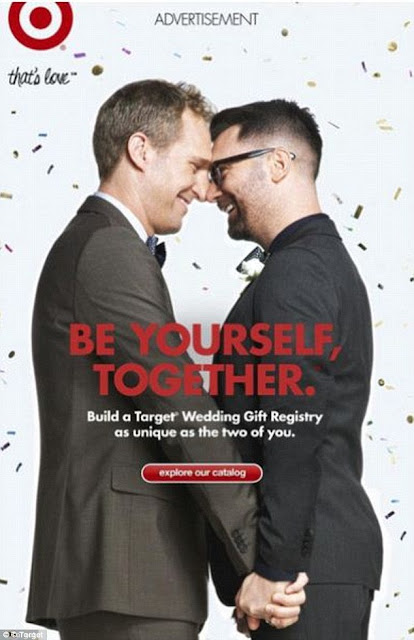 The Theology of Dad explains why corporations are socially liberal (but it equally applies to the rest of society). Apologies to Colin for citing so much text, but it's good (and there's more in the blogpost).


It is easier to say yes than no in the modern world.
No requires an objective claim to value.
Yes simply requires any argument to relativize a traditional claim.
It is far more difficult to say why a thing is objectively morally good or bad because one has to then lay out a coherent worldview, one that is strong enough to overcome any relativizing arguments.
Yes simply requires finding one case of a short-term unpleasant outcome.
For example, to argue that homosexuality is wrong one needs to define the purpose of sex, love, and marriage. To argue that it is good you need only point to one apparent case of love between homosexuals.
This is why we have gone from approving of aesthetically hygienic presentations of same-sex relationships by Hollywood, to where we are now with carefully manicured presentations of transgenderism (i.e. Bruce Jenner), to--soon--carefully manicured presentations of polygamy and pederasty.
But surely I exaggerate, say you.
Let me respond this way: we all know it was outlandish in 1980 to assume that in 2015 transgenderism would be treated as a normal expression of healthy sexuality. What argument was able to stem the tide over those 35 years? Answer: obviously none. So what argument will be offered to suggest that polygamy and pederasty are objectively wrong? None. All that is required are a few presentations of clinically hygienic polygamists and pederasts, couples that are wealthy, attractive, apparently happy and evidently in love. Picture a young boy like Justin Bieber when he was 12 and a thin, cool, twenty-five year old. You are now sold on pedophilia.


There's a social stigma to opposing a liberal worldview. And that's a major reason some people don't oppose it. It's not that there isn't any opposition. It's that they want to keep their jobs, their friends, their status and go with the flow. Many people won't even listen to your arguments because they're led by emotion and don't know how to reason.