An 18th Century Poem On Miscarriage 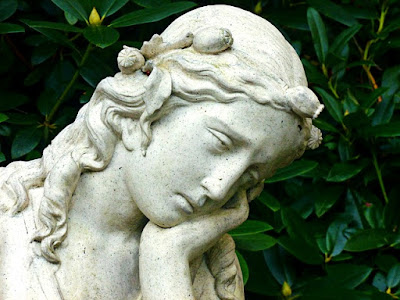 
Lines by a Gentleman, Addressed to his Wife on, her Miscarriage;the Foetus being in Spirits.

Untimely sever'd from its mother's womb,
Behold a foetus in its liquid tomb.
Let those who beauty, valour, wisdom prize,
See from whence beauty, valour, wisdom arise;
The little embryo of a future king
Must grow to power from so small a thing.
Whether to float in spirits, or to reign,
Depends at last but on a mother's strain;
Nor does the wreck of life more beauteous shew,
Dissect a belle, anatomise a beaux,
The rattling bones, beside the foetus plac'd,
Those rattling bones, which erst a ball-room grac'd, -
The sad remains of what was call'd divine,
Perhaps descended from a royal line;
If free in choice, which hadst thou rather been,
This still-born foetus, or that wretched queen,
To live in pain, with anxious cares oppress'd
By turns exulting, and by turns distress’d;
The sport of fortune, or the but of fate,
A slave to folly or a tool of state?
Or say, when all the ills of life you view,
My dearest partner, now I turn to you,
Dost thou not envy this embryo's state,
Deriving pleasure from his certain fate?
It broke a fibre from thy womb to part,
But had it liv'd, it might have broke thy heart.
Let us this maxim in our minds instil,


Whatever Heaven does, cannot be ill.

This is an unusual poem in that it’s written about miscarriage, a taboo topic for the time, possibly more so than abortion. The historiography for miscarriage before the 20th century is rather thin. This is probably because there was a lot of self-censorship in regards to this phenomenon. Women would even refrain from telling their husbands about their miscarriage, fearing the disappointment and wanting to keep the pain to themselves. (Obviously the husband would not have even been aware of the pregnancy. It was not unusual for them to be unaware of the pregnancy state for several months.)

The narrator of this poem is male. This makes the poem even more unusual. Men didn’t really deal with this topic.

The poem starts off with the mention of the fetus in “spirits.” The fetus was preserved in a jar in a liquid but I don’t know they used in the 18th century. This situation would have been unusual but not implausible. Sometimes anatomists preserved miscarried babies in a jar. The jar is probably in a lab as “rattling bones” are placed next the jar.  They are supposed to be the bones of a queen. The narrator asks his wife: whom would you have rather be, this miscarried embryo, or this dead queen? This queen would have been at times happy and at times distressed, and possibly a “tool of the state”, i.e. as a pawn of geopolitics she would have had to submit to the logic of politics.

The poem ends with a statement to the effect that this miscarriage might have been all for the best, if the child had lived he might have broken the mother’s heart, and what Heaven decrees is best.  Thus the mother is asked to resign herself to the wisdom of Providence.

I don’t think this poem would actually be very comforting to the mother. It doesn’t seem to offer any empathy at a woman’s pain for losing her child; the narrator appeals to the abstract if of submitting oneself to God’s will rather than pine for what was lost. Of course, there’s no actual proof that the baby would have made the mother unhappy, so the point is rather moot.