The Medicalization of Abortion in 19th Century France 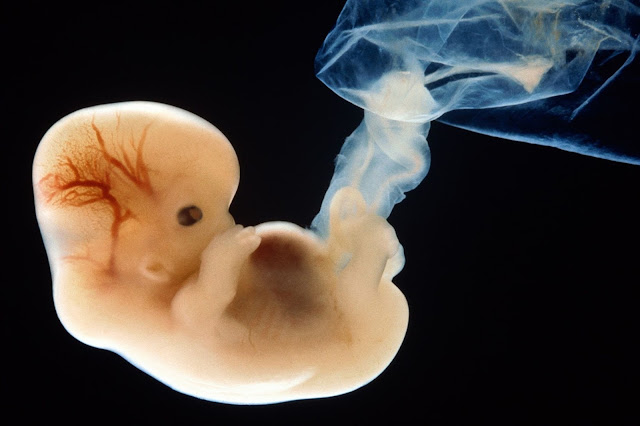 [For the purposes of this blogpost, I am using a medical definition of “abortion” as the expulsion of a non-viable fetus, as opposed to the Catholic definition (“an attack on the fetus”). This is for the sake of brevity and clarity, and also because this is how 19th century physicians would have defined it.]

In the first half of the 19th century, France was a very conservative country when it came to the unborn. Although abortions were performed for emergency situations, especially to save the mother’s life, these abortions were not officially sanctioned by the Academy of Medicine, the French national medical association.

This all changed in 1852. At that time, an obstetrician by the name of Lenoir submitted a report to the Academy of Medicine regarding a premature expulsion of a non-viable fetus on a woman whose pelvic diameter was only 5 centimetres, which was too narrow to allow for natural childbirth at term. (I blogged about this case here. http://www.bigbluewave.ca/2016/12/the-launch-of-abortion-debate-in-france.html#more) He wanted the Academy members to discuss his paper at the society’s weekly meetings with the goal of officially legitimizing this procedure so that other physicians would have no hesitation in performing the same operation when faced with the same dilemma.


This represented the first time that any major medical body in France was willing to confront the abortion issue. It had been talked about here and there in the medical press, but not really debated. Abortion up until that time had been treated as either a sin or a crime. Now what the Academy of Medicine was being asked was to legitimize abortion as a medical operation.

The Academy of Medicine appointed a committee to study Lenoir’s paper and come back with findings and arguments. The committee’s rapporteur or spokesperson was an obstetrician by the name of Paulin Cazeaux. He and another member had also performed a premature delivery on the same patient. So, they were rather favorable to its acceptance. But in reporting in findings, he knew that he had to confront the religious arguments on abortion.

On the religious front, Cazeaux took an anti-clerical tone and said that the Bible essentially validated killing in many instances, so the commandment against killing was not meant to be universal. He also dismissed the objection that no harm should be done to bring about good. Again, in his anti-clerical tone, he said that since the Church had conducted the Crusades and had approved of them, it was perfectly okay to do harm to bring out good. Of course, his reasoning was fallacious, but it did not encounter a lot of resistance.

The most interesting part to me about his presentation was how he justified abortion in a situation where the mother’s life is at stake. To an activist such as myself, who has read many, many justifications for abortion, this was rather novel to me. He began by asserting the intrinsic value of the unborn, stating that there was no difference between a child of two months and a newborn. And he freely admitted that abortion is killing. But he said, a woman who is in a life-threatening pregnancy where both she and her child cannot be saved is facing an aggressor: the unborn may be a non-culpable aggressor, but he threatens the mother nonetheless. The mother would be justified in killing this child on that basis; and since the mother would be justified in killing him, it follows that the physician would be justified in killing him, too.

But then why save the mother and not the child? A C-section could theoretically save the baby at the expense of the mother (although it was a really horrible operation in the 19th century). And the answer is the interesting twist in his argumentation. Although the unborn and the woman possess both equal intrinsic value, they do not possess equal social value. Unborn children who are saved are a drain on society; they require sacrifices from those around them, and half of them don’t live to age thirty, the age at which Cazeaux assumes adults begin to repay society for the sacrifices made on their behalf. Whereas the mother is already an adult, and her contributions to society are immediate. So, for the greater good of society, the mother had to be saved and the child sacrificed.

Once Cazeaux had made his moral argument, he could then proceed to show that it produced a superior medical outcome. Abortions had been practiced in medical settings and shown to be relatively free of complication-- although the evidence was anecdotal—no statistics existed at that time. There were statistics on the survival rate of women undergoing C-sections and they were fairly bleak: only 30 per cent of women survived the procedure. Embryotomies—where one dismembers the baby at term—could be done with pelvic diameters of 6 or 7 cm, but not 5 because the passage was too small to extract the tissue and if any bone fragments were left in the uterus, it could cause the woman a fatal infection. (Note, embryotomies were ideally performed after the baby died in utero because of prolonged labour, but it wasn’t necessarily the case.) Premature expulsion seemed to offer the safest course for women.

Now most pro-lifers of today would not condemn nineteenth century physicians for opting for premature expulsion for a life-threatening situation. But we have the benefit of hindsight. There was no attempt to apply the theory of double effect in the nineteenth century. Many faithful Catholics of that time objected to this acceptance of abortion in that context. The one man who raised his voice against abortion in this debate—an obstetrician named Bégin-- thought that expectant management should be applied and try to look for opportunities to deliver the child, perhaps hoping that the pelvic bones expand enough to allow a baby to be born prematurely but alive. But to his audience, he seemed to be grasping at straws. He did not appear to have a good medical argument against premature expulsion.

So, what did this medicalization mean for us? Although it was legitimate to attempt to deal with the serious problem of a very narrow pelvis, the acceptance of abortion as a default medical strategy had important repercussions on the status of the unborn. Abortion after 1852 was no longer ONLY a sin or a crime. It was now a legitimate medical procedure in France. And as a medical procedure, its widespread legalization was made plausible. Does that mean that they should not have accepted premature expulsion in extreme cases? No. It appears that premature expulsion in this situation does meet with the criteria of the theory of double effect. But once it was accepted in that case, it began to be eyed for other causes. And of course, seeing as it was now an official medical operation, it could be invoked for other reasons, for the greater good of course. For instance, during World War I, there were mass rapes of French women by German soldiers. It was decided that the law on abortion would not be enforced so that French women would not have to give birth to German "bastards."

But I think as abortion became an acceptable procedure to solve medical issues (and I’m speculating here as I have not done the research) I think it was only inevitable that the moral status of the unborn would diminish. It was too convenient to do so. France continued to criminalize abortion for many decades, but its preoccupations were more demographic than moral. Once those concerns abated after the Baby Boom, there did not seem like a good reason to continue to criminalize it.