It's not only the talk about the unborn that has to change...M312 Fallout 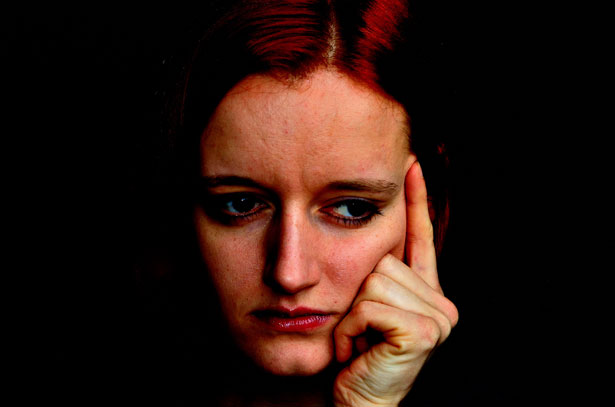 I think pro-lifers have succeeded in starting a conversation about abortion and fetal rights.

But amid the talk of the unborn, there are feminists breathlessly shrieking from the sidelines that criminalizing abortion amounts to misogyny.

This scares many people from sharing their concerns about abortion because they don't want to be pegged as women-haters. Especially if they are men.

The problem is that, in our public institutions and in the mainstream media, there is only one possible discourse allowed in this country about women's issues: the feminist discourse.

Have you ever seen a non-feminist (or worse) an anti-feminist be given the time of day on women's issues?

Feminists are treated as if they have the monopoly of truth on women, abortion and all the other "women's issues".

And we have to start calling out the media and other institutions for excluding other female voices whenever "women's issues" come up. We have to say: feminists are not the only women with opinions, and they were not appointed by Canadian women to be their spokespeople.

Feminists are often angered by gendered double standards in society. But this is one gender standard to which they are completely blind.

In the political discourse, men are expected to show diversity in their political opinions. Nobody expects them to be unanimous. No one group or ideology is said to represent all men. They are free to be individuals, not an interest group.

But women are expected to be unanimous in their political opinions, especially on so-called women's issues. That is their obligation. If they do not toe the feminist line, then their opinion is excluded from public consideration as a female opinion. Call to mind famous right-wing women:  Margaret Thatcher, Sarah Palin, Ann Coulter, Phyllis Schlaffly, etc. When women's issues come up nobody seeks (or sought) their opinions as women.

This is how the media and major institutions think about gender and politics: Men have a wide range of political beliefs. Women should not. They should only have feminist beliefs in order for those beliefs to be representative of women.

But here's the kicker: if women are truly free, they should have a wide range of opinions. Just like men.

But women do have a wide range of opinions on issues, feminists will object, as they proceed to point to a whole bunch of leftist women who have a relatively narrow spectrum of opinion.

Feminists don't want women to demonstrate political diversity. It undermines their own cause. If there is only one legitimate opinion on women's issues, such as abortion, and women should not have any other opinion, then they cannot expect women to hold diverse viewpoints. They only expect them to hold one viewpoint.

If women do not have ideological diversity the way men do, they are not treated as free and equal. Because manifesting and expecting diversity of thought is the mark of true freedom.

Email ThisBlogThis!Share to TwitterShare to FacebookShare to Pinterest
It's not only the talk about the unborn that has to change...M312 Fallout
2012-09-27T22:43:00-04:00
Suzanne
abortion|cdnfem|cdnpoli|m312|prolife|women|
Newer Post Older Post Home