Charlie Hebdo Cartoonist: I Will No Longer Draw Muhammed 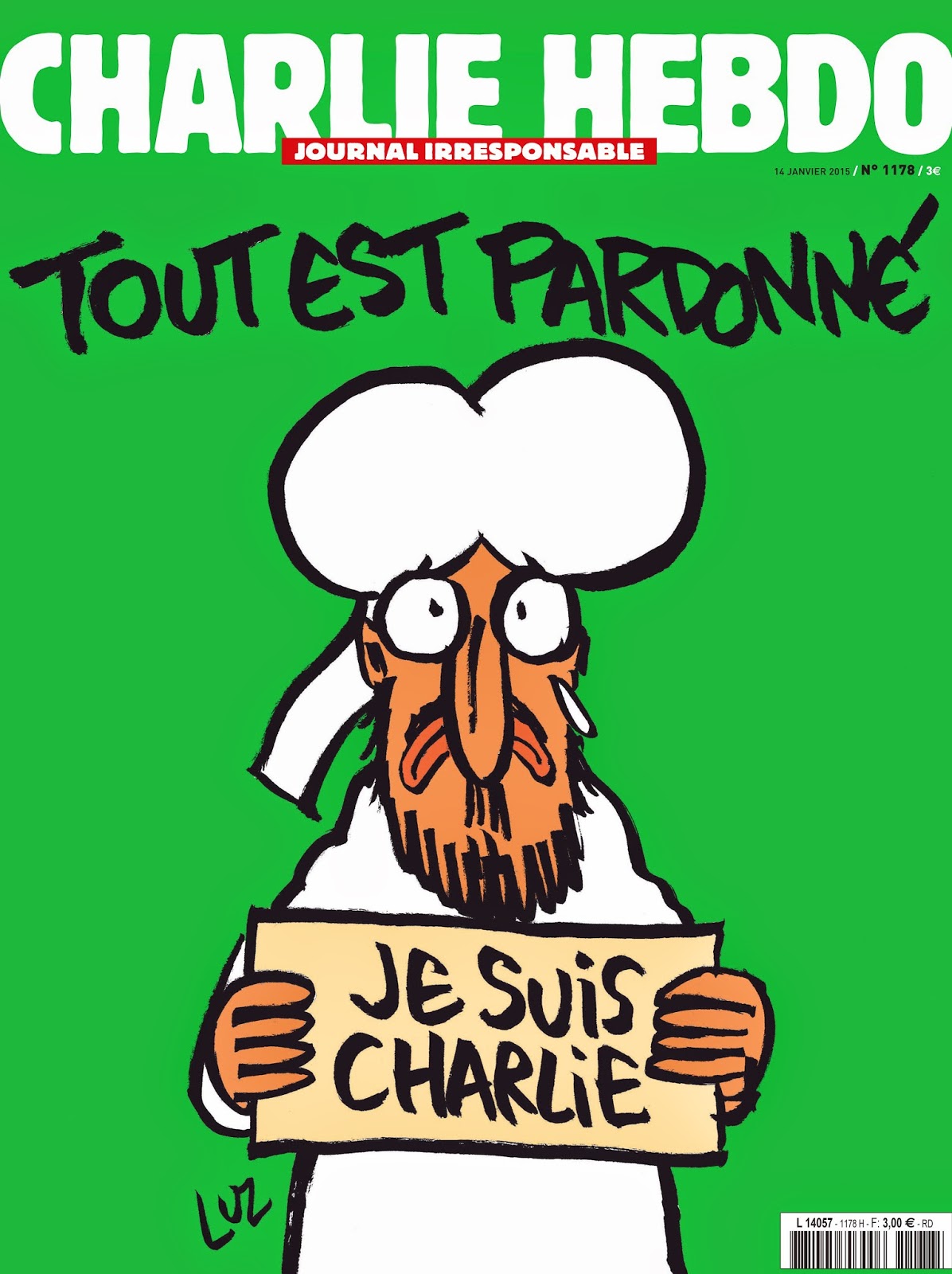 The French newspaper le Figaro reports that Luz, a cartoonist at Charlie Hebdo who drew the famous cover shown above, will no longer draw the Prophet Muhammed. These words were taken from an interview in Les Inrockuptibles, published today.

Luz is quoted as saying that he's bored with Muhammed and doesn't spend the rest of his life drawing him.

I read a little bit of the interview (most of it is behind a pay wall). He seems very shaken by the massacres, and he's a little sick of it all.  He seems to feel very burdened.