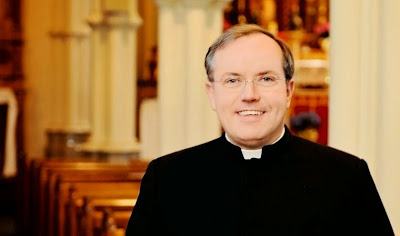 It's simple fellow Catholics: If you want to be a traditional Catholic, you must be in communion with the Pope.


NARAL Calls Pro-Life Bill to Ban Dismemberment Abortions a “Major Nationwide Threat”. Abortion supporters can never own up to what abortion does, in plain language. Because if they did, it would be to the detriment of their cause.

For the mainstream media and chattering classes, dumping on peaceful, law-abiding Christians is good, safe sport. But pointing the finger of blame at murderous Muslim fanatics? Well, let’s not get carried away. Rather than draw the ire of radical Muslims by firmly and unequivocally condemning the attack, the infotainment industry has concentrated its attention on the provocative nature of the draw-Mohammed contest. After all, like a drunken, immodestly dressed rape victim, weren’t the draw-Mohammed contestants just asking for it?


Even if they were asking for it, so what? They are more sinned against than sinning. Duh!


Better to question the wisdom of cartoonists exercising their rights than to acknowledge and vigorously confront and expose the elephant in the room, i.e., that there is a disturbingly large number of radical Muslims in this country who oppose our Constitution and who believe that murder is an appropriate sanction for those who offend Islam. That, of course, is the real story behind the attack in Texas. But to grapple with that might inflame those radicals and pose a risk to careers and corporate profits, or result in expulsion from the preening ranks of the politically correct.

Children's innocence. Pffft. Who cares about that? All that matters is sex and sexual knowledge. Protecting children from subjects they can't process is so... old fashioned. So chaste.

While a draft of the laws has not been made public, Bishop Hoang Duc Oanh, who leads one of the oldest Catholic missions in Kontum, claimed in a letter to government officials that "developed countries do not need any agency in charge of religion."

The letter, written after a review of the proposed legislation and also signed by Bishop Emeritus Tran Thanh Chung and others, said it was "absurd that 'non-believers' want to set the rules for people of faith."


Atheists always write laws to the detriment of religion. They don't know how to practice-- they treat it like a hobby-- and militant atheists want it to go away.