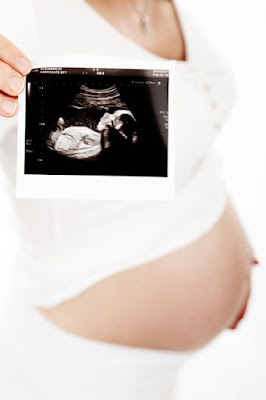 She says she was "pro-life" until she got pregnant. The problem with anonymous stories is that you can never ask a follow-up question. You're supposed to accept the story as is, without checking the person's background. She called herself pro-life, but note that the article never addresses the primary moral claim that makes someone genuinely pro-life: the humanity of the unborn child. She was obviously an uncommitted opponent of abortion, but her commitment clearly didn't run deep. Her pro-life belief consisted of a series of cliches based on moral responsibility for one's actions, not the humanity of the unborn. And so in the name of self-interest, she "changed" from anti-abortion to pro-abortion. It wasn't a very principled changed, nor one that was very intellectually engaging. So the story wasn't very convincing.


The purpose of this story is to stop such women from becoming hypocrites: from vocally opposing abortion, yet approving it for their own crisis pregnancy. Because hypocrisy is the worst sin of those with no principles. It's okay if you kill your unborn child, as long as you're not hypocritical about it. But this story does have a lesson for fetal rights activists. It tells us that there are a lot of people out there who call themselves pro-life who are, in reality, theoretically anti-abortion. It's important to be able to bring these kinds of people from an anti-abortion position to a fetal rights position.


Latest British Columbia abortion stats show steady decline. The BC Ministry of Health condescended to let us know that abortion has declined by 14 per cent in the last five years. Joyce Arthur was actually contacted for the story (it always makes me smile when LifeSite contacts fetal rights opponents) and she claims it was contraception that led to a decline. I would love to see a study regarding contraceptive coverage and abortion rates in Canada.


Today's college feminists are too fragile to read. Title IX is being used to stifle opinion on college campuses. College students are so unused to different opinions, so afraid of being "assaulted" with offensive words that they need to shut people down. Of course, their feelings are politically self-serving.


Slightly related:Why human ‘rights inflation’ could spell ‘the beginning of the end of social change’. When everything becomes a right, nothing is a right. The purpose of a right is to allow an individual the freedom to obtain what he needs to fulfill his potential. It was never about creating entitlements. IT was never about forcing others to do things for them. It was never about forcing a white supremacist to serve you a hamburger, or a Christian to bake you a gay wedding cake.A right was that which the government was not allowed to prohibit. That's all it was ever meant to be.


‘There Is a Future in Sodomy’: Protesters Take Over Anti-Gay Marriage Lecture on College Campus. Proving once again leftists can't tolerate a different point of view. Everything becomes hate speech to them. Very self-serving.


Cardinal Pell called 'almost sociopathic' by Peter Saunders regarding his handling of sexual abuse cases. This story is moving fast.  Some have speculated that this smear is part of a campaign to discredit Pell in time for the Synod on the Family in October.


The Hunger Games: New CBS reality show exploits poor families by making them grovel for $101,000. Sick stuff. The problem is, people will watch it.


Autistic adult daughter leaves mom exhausted with nowhere to turn. As someone in the comments mentioned, there was a time when day programs existed, but activists insisted on closing down those places in the name of "integration." Guess what? Some people can't integrate, at least not with a heckuva lot of supervision and expense.


Holiday in socialist fairyland? North Korea woos tourists. If I went there, I would be jailed so fast. Just couldn't keep my fool mouth shut.