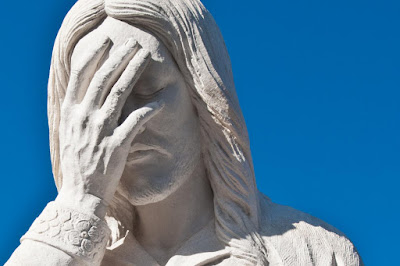 This Newsweek article details how a lying "altar boy" made dubious charges of sexual abuse against Msgr. William Lynn and other Catholic Church personnel. He rode the wave of the sex abuse cases which engendered a lot of anti-Catholic feeling. It's sad for the priests and it's sad for genuine victims whose credibility is undermined when scum like this make up false accusations.


Anesthesiologists warn assisted death not simple: convulsions and ‘awakenings’ possible complications. You know how sometimes executions are botched and death row inmates struggle? That. That's what assisted suicide could look like.

Alheli Picazo: Euthanasia already exists in Canada — but only for those willing to endure a kind of torture. We have to do better than this.

Sophie Trudeau sings at Martin Luther King Day. This is still funny with the sound off, so if you can't bear to hear her sing, it's okay to mute it.


This reminds me of the time Margaret Trudeau sang at a State dinner in Venezuela in 1976.


Why Some of the Worst Attacks on Social Science Have Come From Liberals. From Dec. 2015. This is not from a conservative source. It's about how sometimes it is progressives who advocate against scientific inquiry and results. This holds a very important lesson. Reality doesn't care about your religious or political beliefs. Reality has a nature all its own. Your job is to come to terms with it. Intellectual humility, curiosity and openness are essential to getting to the truth on any matter.

Pro-abortionists look out and see a “bleak” landscape and “a wave of abortion restrictions”. Good!

10 Celebrities Who Were Conceived By Rape or Bore a Child Out of Rape. A handy list to have.

A really interesting video about feminism and abortion:


The History of the Pro-Life and Pro-Woman Movement
"It's anti-woman to support abortion. It hurts women. It kills women."Our culture assumes that to be "pro-woman" you have to support abortion rights. This couldn't be farther from the truth. Moreover, the early leaders of the women's rights movement were pro-life. Watch Feminists for Life President Serrin Foster explain what happened.Stand up for women and unborn babies by taking the Pro-Life and Pro-Woman Pledge at ProLifeProWoman.org.

I'm not sure that men were really responsible for the whole push for abortion. There were feminists who were already pushing for abortion, especially since it was already legal in the communist world. Still, the essential message that abortion is anti-woman is true.